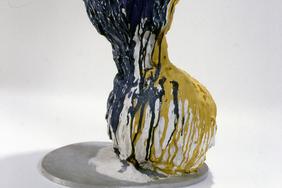 Rebecca Smith (b.1954) grew up in Washington, DC, and upstate New York. She attended Sarah Lawrence College and The New York Studio School. First exhibiting in 1977, she has been making art since the late 1970s, in various media including painting, performance, sculpture and tape drawing installations. Her work is in the collections of the Brooklyn Museum, Microsoft, The Tarra-Warra Museum of Art, Australia, The Albright-Knox, and The Hyde Collection, among others. Smith recently had the distinction of being a co-curator, panelist and participating artist in EMISSIONS: Images from the Mixing Layer, as part of The Marfa Dialogues on Climate Change at Cooper Union. She exhibited a large sculpture, Noctilucent Clouds (2015), in Here and Above: A Dialogue Between Sculptures at the Virginia Museum of Fine Arts, Richmond, which has been acquired by the museum and remains on view, 25 feet high on the atrium wall. 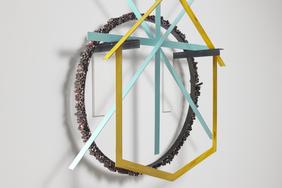 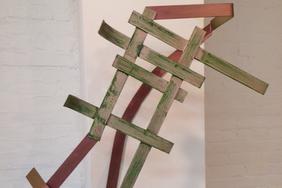